Why Failed Firestop Performance Tests Can Be A Good Thing

After 25 years of testing firestop systems, I can safely say that I have learned more about product performance from failed tests than from the tests I passed. 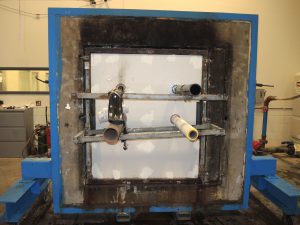 Observing a failure during a fire test is truly the best way to figure out the limitations of a given system. Witnessing a test watching how the system performs and then doing a postmortem after the assembly has cooled has led to many improvements in the safety afforded by firestop systems.

Our engineers and lab technicians run many tests at our Somerville, NJ fire test facility to truly understand the limits of firestop systems. A good portion of the testing is not for certification purposes but rather to learn more about a new type of pipe or test the limits of a new formulation or product. Not only does this improve our products, but it also helps us make better decisions when it comes to extending the data to address non-tested conditions (i.e., engineering judgments). 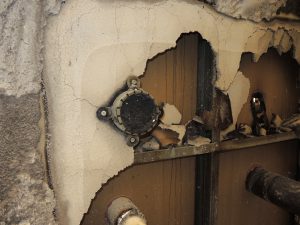 One of the pipes is properly firestopped using a collar; the other is not since it inappropriately uses only sealant for a relatively large diameter pipe. We safely show how the improperly sealed pipe fails quickly. It is always an eye-opener and Figure 1 shows the marked difference between the sealant only firestop in the top left corner of the assembly and the appropriate collar application in the top right corner. We are looking at the unexposed side of the assembly here, but the results are even more dramatic on the side exposed to the flames. Figure 2 illustrates how the collar has formed a dense char at the wall and prevented flames from passing through, but as Figure 3 shows an opening is clearly visible where the sealant only system has failed.

Failures are ok in a lab environment, but we want to prevent failures in real-world applications. Selecting proper firestop systems and following the details explicitly during installation is the best way to ensure success. 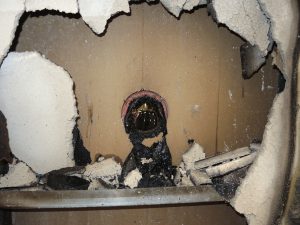 Figure 3: Improper Firestop Allows Fire to Opposite Side of Wall

Sadly, it is possible to buy a legitimate firestop product but install it incorrectly, leaving the building and its occupants in a hazardous situation.

Some of the piping included 6” diameter ABS pipes used as rain leaders. Fortunately, the local inspector caught it so the contractor could correct it. Had this unsafe condition not been detected, a fire could have been catastrophic. The bead of red caulk applied around the circumference of the pipe at the intersection with the fire-rated floor assembly would have been insufficient to close the opening as the pipe melted. The positive pressure of the fire coupled with the large diameter of the pipe would have quickly pushed the flames, superheated gases, and smoke through the opening, allowing it to spread rapidly to other areas of the building. A fire could have been exacerbated on a windy day since these were open rain leaders, and the additional airflow would have contributed to a fast rate of fire spread.

Firestopping can be simplified to avoid potential issues. Project teams can plan for proper firestopping in pre-construction meetings. Training for workers can help them identify fire-rated barriers and understand how to select and read firestop systems and properly install said systems. When in doubt, the project team can hire competent third-party firestop contractors to specialize in the proper installation of firestop systems. Many of these firestop contractors are qualified by UL or Factory Mutual. Finally, good quality inspection by the local jurisdictional authorities or third-party inspection firms ensures that risk is mitigated.

This article originally appeared in The Burn – Winter 2022 Wrap up.