An important research project that sought to examine the relationship between sprinkler trade-offs and overall building fire safety was recently concluded in December, 2017. These efforts, which are formally named Project Fail-Safe, were spearheaded by the National Association of State Fire Marshals (NASFM) and took place over the course of several years with support from additional stakeholders within the firestopping and construction industries. Sprinkler trade-offs refer to the practice of installing a sprinkler system within a building while at the same time decreasing the reliance on other forms of fire protection. Some common examples include increasing the footprint of a building or requiring a lower hourly rating for fire barriers when sprinklers are specified. Most readers of The Burn are familiar with the concept of active and passive firestopping methods complimenting each other within a building to protect life and property. However, how many of us can accurately predict the unintended impacts of sprinkler trade-offs, which are commonplace in many model building codes, based on the currently available literature? 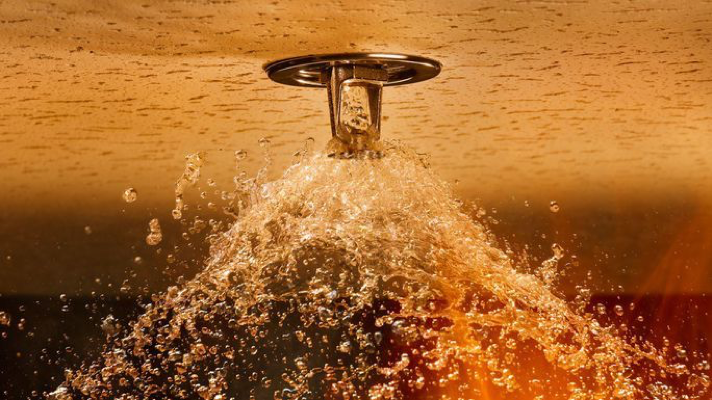 NASFM recognizes the importance of safety layering in terms of the relationship between active and passive fire protection features. The primary goal of Project Fail-Safe was to document what happens to the overall level of safety layering when any one aspect of fire safety fails to perform or is relaxed in favor of another form of protection. Project Fail-Safe did not favor or advocate for either active or passive fire protection measures over the other, and invited all parties within the industry to be sponsors and participate in monthly teleconferences to provide research updates. This unbiased approach makes the results of Project Fail-Safe all the more meaningful.

Project Fail-Safe provided results following each of its three main stages of research. The first data was shared through a literature review report prepared by Worcester Polytechnic Institute (WPI). Researchers from WPI combed through prior articles and reports related to building codes and sprinkler trade-offs. A key finding from this work was recognizing that many trade-offs allowed within the building codes lack supporting scientific data. Another contribution to Project Fail-Safe by WPI was computer modeling of scenarios investigating select building properties, including fire resistance rating, impacted by sprinkler trade-offs. The final results of Project Fail-Safe were through a proprietary “Risk Evaluation MatrixTM” tool developed by NASFM, which is a computer program that uses the individual features of any given building as inputs to measure its overall fire safety. The Matrix tool was used to compare buildings constructed prior to the first edition of the International Building Code (IBC) in 2000 under the previous legacy codes to structures built under the IBC. Takeaways of note were decreasing fire safety scores (23.4 percent), decreasing means of egress scores (18.4 percent) and a decreasing general safety score (13.2 percent) for buildings permitted under the IBC.

For more information NASFM has created a dedicated page on their website that presents the background of the project and all of the final reporting documents. Details can be found at http://www.firemarshals.org/Project-FAIL-SAFE.