How do you refer to “firestop”?

For those of us who deal with firestopping every day, we sometimes take for granted that everyone intuitively 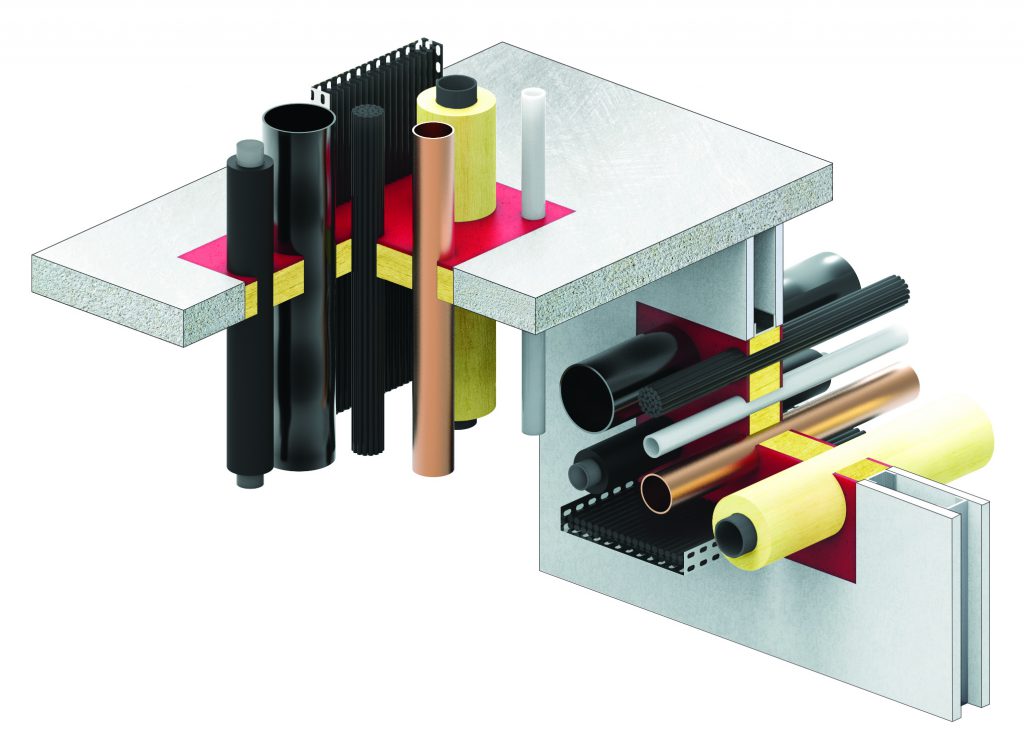 understands this business we call firestopping. The vernacular can certainly vary at times, and that can add to the confusion. There are even colloquial ways that people use to refer to firestopping, such as the person I once encountered who called firestop caulk another term that might better be defined as the waste matter of primates. But I digress. This article is to shed some light onto the terminology that we use to describe firestopping.

The firestopping industry in the U.S. can trace its lineage back to the 1970s in the nuclear industry when the Nuclear Regulatory Commission or NRC first mandated that openings in fire-rated barriers had to be sealed with materials capable of restricting the passage of flames and hot gasses. Contractors were quick to call these assemblages
of materials, “penetration seals”, sometimes shortened to “pen seals”. We still hear that term today, but only on occasion. Although the marine industry still uses that terminology sometimes to describe the process of sealing openings in fire-rated bulkheads and decks. 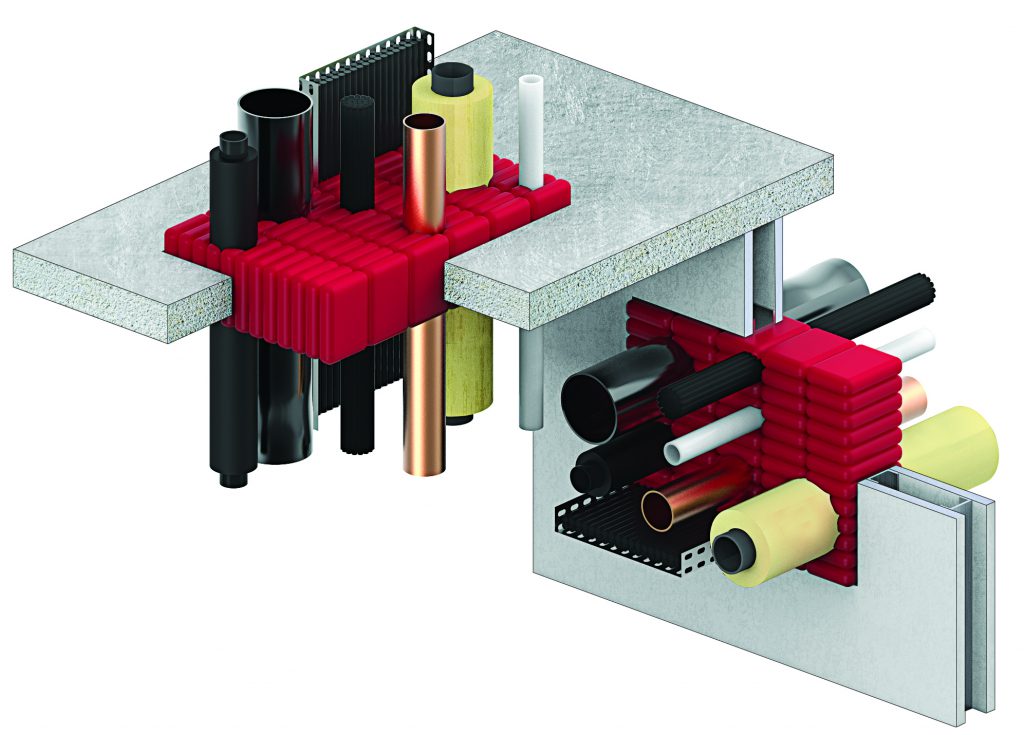 With the advent of test methods ASTM E814 and ANSI/UL1479 in the early 1980s and the move from nuclear power plants to commercial construction in the wake of notable fires such as the MGM Grand fire in Las Vegas, NV, the word “firestop” started to become the norm. Early firestopping systems usually consisted of firestop mortars or firestop caulks. As caulk quickly caught on as the preferred method of firestopping, it quickly became “fire caulk” and that name has stuck for quite some time. To this day, someone might say, “Put some fire caulk around those pipes”.

As the technology evolved, early firestop caulks were replaced by higher performance materials more appropriately referred to as “sealants” and some manufacturers, including STI, prefer the term “firestop sealant” to “firestop caulk”.

Outside of North America, there can be other names used to describe firestopping materials. For example, in certain parts of Europe, I have heard the term “fire sealing” preferred to “firestopping”. And rather than firestop caulk or sealant, the term “firestop mastic” may be used. Additionally, in many parts of the globe, there is a technology referred to as a “coated batt” or “coated board”, which is typically a mineral fiber board coated with either intumescent or ablative firestop coating. 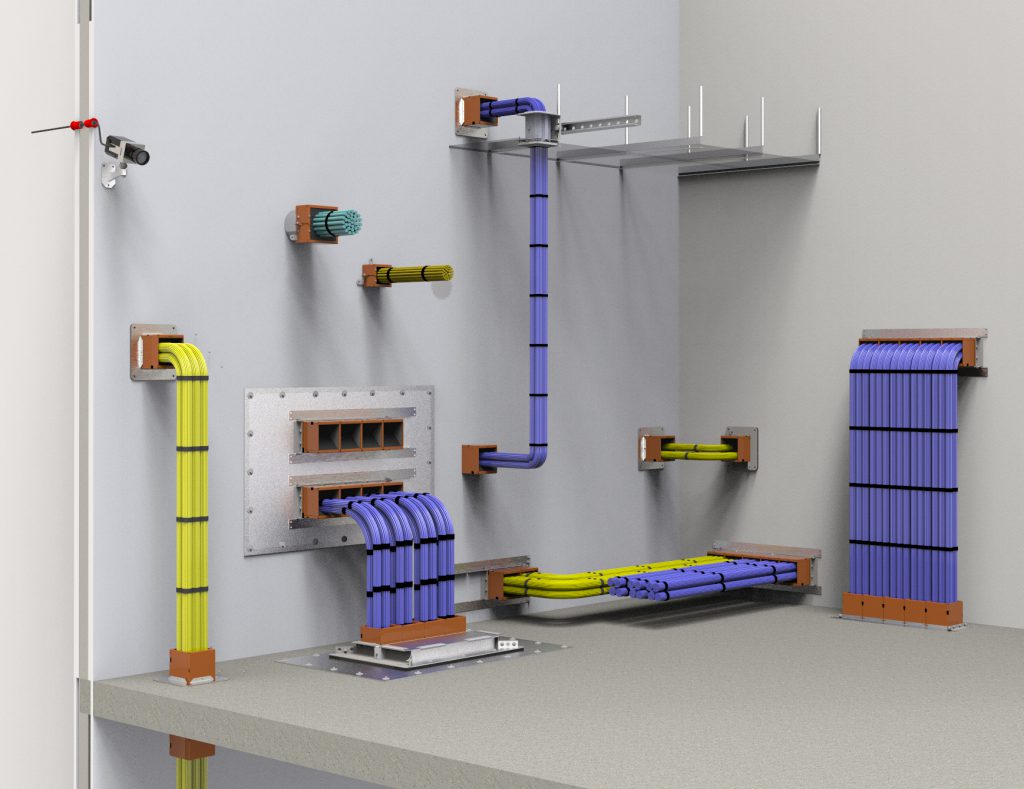 Beyond the traditional caulks and sealants, there is also the category of firestop devices. For example, at STI, we refer to the devices used to firestop plastic pipes as “firestop collars”. However, some companies may prefer the term “plastic pipe device” or “pipe choke”. I have even heard the term “fire collar”. With the advent of purpose made devices for cables, at STI, we coined the term “fire rated pathway” to denote a product that functions as part of the telecommunications pathway for penetration through fire-rated assemblies. Some manufacturers refer to their device as a “cable pass through” or a “fire sleeve”. Finally, there are the cast-in-place firestop devices that are sometimes referred to as “poured-in-place firestops” or “cast-in-devices”.

We hope this quick primer has shed some light on the lingo used to refer to firestopping products. While it
is by no means exhaustive, and I certainly left some things out, we hope that it will help you to select the right products and technology on your next project.