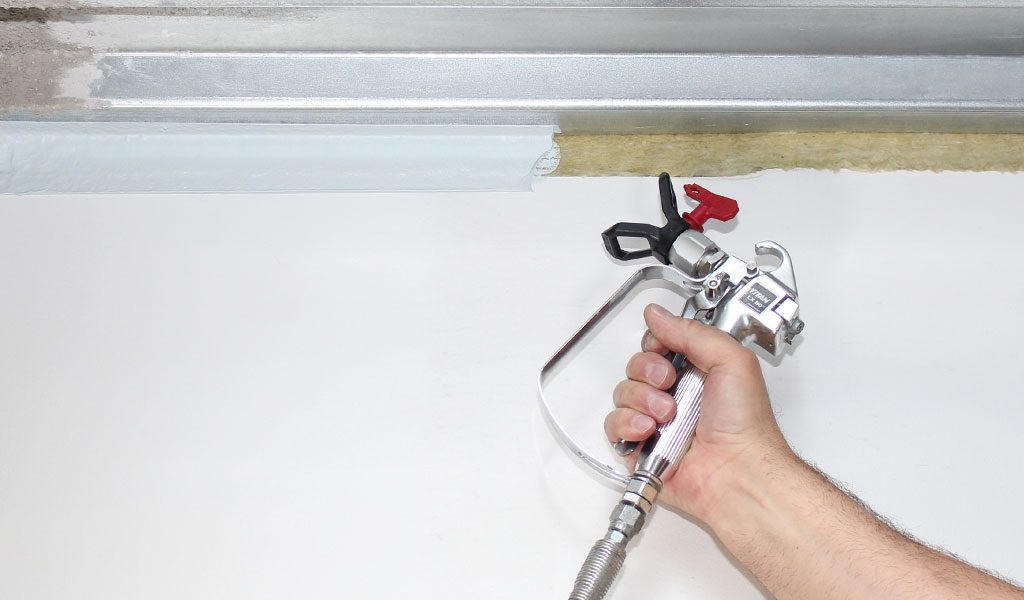 The need for testing fire-resistance-rated wall assemblies abutting non-rated horizontal assemblies originates from language found in the International Building Code (IBC). Beginning with the 2012 Edition of the IBC a requirement was inserted as Section 707.9 concerning the voids formed at the intersection of fire barriers. The exact language reads, “The voids created at the intersection of a fire barrier and a non-fire-resistance-rated roof assembly shall be filled. An approved material or system shall be used to fill the void, shall be securely installed in or on the intersection for its entire length so as not to dislodge, loosen or otherwise impair its ability to accommodate expected building movements and to retard the passage of fire and hot gases.” Faced with this clause, AHJs now needed a way to verify a joint system for these conditions would stay in place in the event of a fire and not allow the passage of flame to the unexposed side.

The code requirements within the IBC for continuity between fire-resistance-rated wall assemblies and nonrated roof assemblies are somewhat subjective in that they call for “an approved material or system” while offering no guidance on how to demonstrate the suitability of the joint system. ASTM E2837, which was first published in late 2011, gives interested parties the ability to use a consensus based test standard to validate these types of joint systems, which in turn gives AHJs confidence in approving these designs when installed. There is a growing push to insert an actual reference to ASTM E2837 within the IBC, but to date these types of code change proposals have not been successful. It seems logical that at some point in the near future as firestopping manufacturers continue to develop a catalog of systems tested per ASTM E2837 that a strong argument can be made for its inclusion in the building codes.